Random teaser projects.
These are non-commitment projects and anyone may pick them up (but please let me know if you do so). Non-commitment project does not mean I’ll stop translating, but chapters are not guaranteed (I guess it depends on my mood and what I feel like translating).
If you have any series you think deserve some love, send me a link and I will possibly translate one or two chapters to help attract some hopeful translators.
P.S.: I have not read any further than translated (+/= 1 chapter), so it’s unknown how the series will turn out.

I opened a café in another world 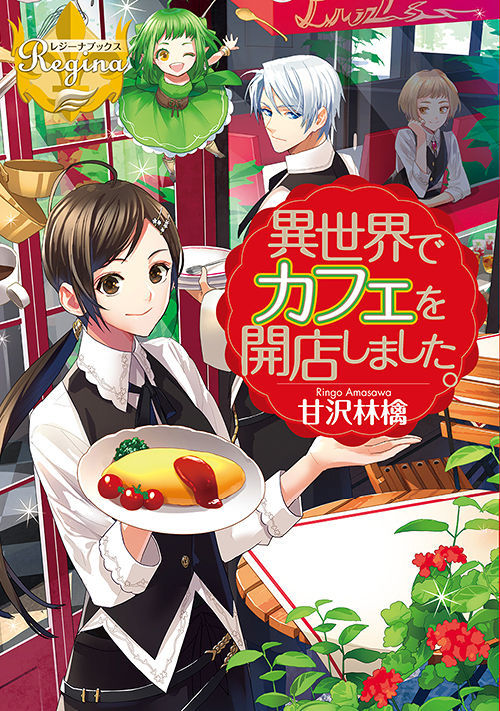 Synopsis
One day, Risa unexpectedly tripped into another world with terrible food.

‘I can’t take it anymore! I’m going to open a café to develop the food culture’

Gossip spread immediately, and the café became very popular. While fully enjoying her otherworld life surrounded by wonderful companions including the fairy, Basil, an envoy from the royal palace asked her, “Will you please teach the chefs in the royal palace?” All of a sudden, Risa’s cooking because well-known throughout the kingdom!? And for some reason, she ends up competing with an imperial chef—This is a somewhat ridiculous Cooking Fantasy that takes place in another world!!

Synopsis:
One day, a girl vanished into another world. However, her father didn’t abandon his daughter. He, who threw everything away by his life and succeeded in reincarnating into the other world through his own power in order to locate his beloved daughter, discovered his own child was called a demon king there.
Demons are the enemy!? As if I care, idiot!! I don’t care whether they’re enemies of humans or not, just don’t make a move on my daughter for the sake of the world and whatnot!!
It’s the story of a daddy who will never give up and the daughter who became a demon king fortuitously meeting again in the other world. Overcoming the boundaries of race and the world, right now, dad is coming!

Q. What merits are there for studying science and mathematics? A. On top of rising prominently after taking a trip to another world, you can build a slave harem.

Synopsis:
“What use is studying math?”
“I won’t use stuff like science or chemistry in the future.”

I’m sure everyone has said these kind of things before. And many people live without ever knowing the answer.
However……when you fall into a situation that no one expects, having science and mathematics related knowledge is certainly a big help.
For example……when you’re summoned to another world, or a medieval civilization, it’s possible to rule the world if you possess advanced science and mathematics knowledge.

Just how will learning science and mathematics be useful? Find out alongside the protagonist of this work, Sugita Kazuma.

Synopsis:
A skilled hacker with a free disposition, Xiao Yunfei, is like a lone pirate on the internet. During a meticulously planned hacking operation, Xiao Yunfei discovers a frightening secret from twenty years ago……

Xiao Yunfei is then thrown into an uncontrollable vortex and finds himself stuck between justice and evil, should he face left or face right? Opening the prologue with a conflict between the network and reality, with hidden battles that could occur at any moment!

A book for those of you readers who want to understand hackers, are brimming with fantasies and yearning for hackers, or want to learn some basic calculating knowledge.

One thought on “Teasers”